Koyman Gallery, celebrating its 50th anniversary,  is the largest art emporium in the country

Terry Koyman’s face lights up like a kid at Christmas as he describes the “joy” in the room when a customer falls in love with a painting and buys it. “There’s nothing like it,” says the general manager of Koyman Galleries, the St. Laurent Boulevard art emporium billed as Canada’s largest, with 13,000 square feet of exhibition space.

Well, maybe there is something like it. Check out Koyman’s website chronicling his other career selling luxury properties with Keller Williams Realty: “Representing a client in the purchase or sale of their home is not very different than buying or selling a work of art.” In an interview, Koyman elaborates: “When you find them the right house — because there are a lot of wrong houses — that’s a good feeling.”

Terry Koyman has been selling “good feelings” to Ottawa since he and his brother, Robert, were teenagers more than 30 years ago, and opened a few stores called Picture This that sold inexpensive posters and prints, as opposed to the higher-end limited edition prints (think Robert Bateman) found at Koyman Galleries, their father’s shopping mall boutiques.

This is the 50th anniversary of Koyman Galleries, which Dutch immigrant Benjamin Koyman started in 1967 at a market stall in Aberdeen Pavilion in Lansdowne Park. Soon after, Benjamin’s first shop opened in Place de Ville. Other mall outlets followed but about a decade ago, consumer tastes shifted to original paintings from prints. The mall outlets were closed and in 2008, the St. Laurent mega-store opened. All paintings sold are Canadian. Contemporary landscapes and abstracts predominate. Among the 150-plus artists stocked, the most popular are Ottawa’s Katerina Mertikas,
Maya Eventov of Toronto and Tim Packer of Whitby.

Since age 18, Terry says he never imagined a career beyond the family business. And then about five years ago, he decided to try something else. He had always been interested in real estate. As a child, when not playing hockey, he would scan the Saturday newspapers for real estate ads and coax his father to visit choice properties. Finally, just a month before turning 50, Terry got his real-estate licence.

Robert and Terry had been partners most of their lives in the family business. But a few years ago, Robert moved to Toronto, where he is president of the beauty products company, GreatBeauty/
RJ Brands Inc. That left Terry to manage the gallery’s day-to-day operations, although long-term planning is still done collectively by family members, including 84-year-old Benjamin, who regularly offers advice on gallery operations.

In his spare time, Terry paints landscapes, but does not sell the works at his gallery. He did recently participate — as a student — in art classes at the gallery.

A married father of two, Terry generally advises clients to buy art they like, rather than art they hope will appreciate, because predicting future values is risky. Clients seeking an investment are steered toward established painters — the gallery has one room just for paintings by the late
Norval Morrisseau.

Couples who want to start an art collection are told to walk around the gallery, without a sales rep, and see what they like, to narrow choices to a landscape, abstract or some other type, then to narrow choices further. “We always say: ‘One person has to love it and one person has to like it.’ That’s enough.” Once that new painting is in your home, the person who “liked” it will start to “love” it. So, Terry says, buy that first painting and then return every year to
buy another. That’s how to start a collection; that’s how to restoke the “joy.” 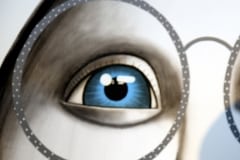 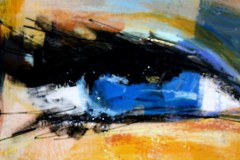 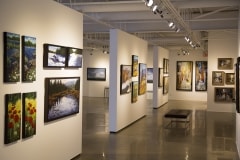 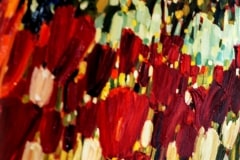